Our Trip to Honduras – Filming A Documentary – Day 4

Bright and early, the macaws, both the great green macaws and the scarlet macaws, wake us up with their morning songs, (along with the chickens, cows, and other local animals)!

We fixed ourselves a breakfast of eggs and tortillas, and then went to church to film the locals enjoying a normal Sunday morning worship service. It was fun to hear some familiar songs in Spanish, as well as some new ones.

Sunday afternoon we interviewed Anayda Panting, one of the local villagers. She is responsible for taking care of and feeding all of the birds that are being rehabilitated in the rescue center. She also does routine counts of the flock, to check on their condition and monitor their numbers.

It’s amazing to watch this woman and her relationship with the birds. They follow her wherever she goes. Many of them hang out in the tall pine tree next to her home, and fly down to the window, even into her kitchen to eat off of her plate. And she lets them!

Anayda is who I have affectionately named, the Mother of Birds (not mother of dragons, mother of birds… LOL). She loves them, and they love her.

In her interview, the Mother of Birds told us how it breaks her heart to see the condition of the macaws that come into the center after being rescued from poachers. She says the macaws in their native nests, are healthy and fat, and the birds that come to her at the center are weak, injured, and very sick.

She says it’s simply wrong to take those birds away from their natural habitat and put them in cages. And she hopes that our film will help educate people who want to buy these birds in the pet stores and on the black market. If we can take away the demand for the birds, the poaching will stop.

Today, we also interviewed Dr. LoraKim Joyner, with One Earth Conservation, about the program here. LoraKim got involved in this project in 2010, and since then has seen a dramatic increase in the survivability of the macaws, and a dramatic decrease in the number of birds being poached in the immediate area. In fact, in the last two years, in the area patrolled by the villagers on Mabita, none of the scarlet macaws have entered the illegal bird trade.

The interview with LoraKim was amazing, but we had to cut it short when the afternoon rain rolled in. We will have to finish our interview with her on another day.

We spent the rest of the afternoon charging up our camera batteries and preparing for the next day, when we are to go out in the field with Dr. Joyner and crew, to check on some baby macaws in their nests.

We enjoyed a dinner of beans and rice, and also local fish, and then retired for the night. 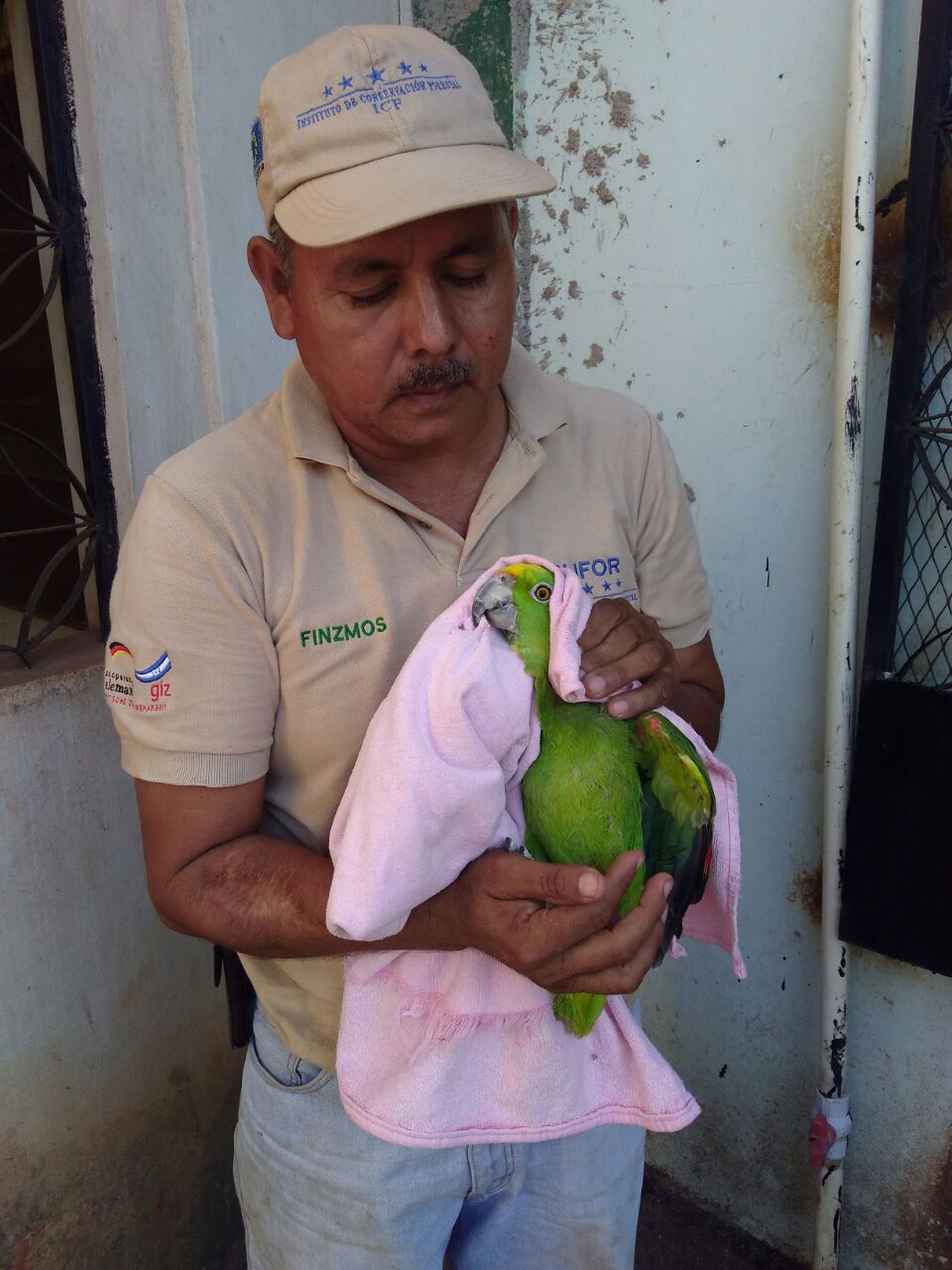